In 1964 then Prime Minister Lester B. Pearson started a debate about a flag change. A committee was formed to deal with this, and in the end they chose the Canadian flag which flies today. This was designed by George Stanley. A lot of people look to the Canadian flag as a symbol of peace, unity, and a proud strong country.

As a Canadian Traveler, I quite often will have a pin with the Canadian flag on my clothing, to display my country. It’s something to be proud of, as a lot of places you go; people are quite fond of Canadians. There has been times when in foreign countries our flag has come in handy, and also been quite the topic of conversation.

I have had many other Canadians and other nationalities alike come up to me on the streets and start talking because they saw my Canadian pin or Key-chain. Our flag is most definitely a world symbol now, and people see it and recognize us for who we are. I would say that is something to be proud of as a Country.

I quite often wonder if being Canadian and being a traveler is not such a good thing. There are quite a lot of beautiful, gorgeous, places in Canada. Many of which I have not seen, and many I hope to get to see yet while I have the opportunity to occupy this planet. However if I am constantly flying to other countries, and faraway places, without having seen the country where I come from is that not a kind of bad thing? It’s kind of weird when other travelers have been to more places in Canada than I have and I live in Canada and wear the Canadian flag.

Luckily I have had the opportunity to travel within Canada what I would consider to be a fair amount. So I’m not letting it go completely and only seeing other countries. I also find though that if you ask people what they have seen in their own countries, quite often they have the same thing. That they see more of faraway lands, than their own.

Canada is the 2nd largest country by land mass in the world (3rd if you want to include Antarctica). But 37th largest if you go by population, which means we have the more area per citizen than any other country in the world. So there is a lot to see if you really wanted to see all of Canada. Another great thing is that we are one of the most multicultural countries out there. I and other people travel all over the world to see, learn about, and immerse ourselves in different cultures.

In Canada there is so many different cultures that to really immerse yourself, technically you may not even have to leave the country.

Before I started traveling, I thought the only people who had specific bars all around the world were the Irish. Now that I have been to a fair amount of places, I can proudly say the Canadians have bars in a lot of Countries as well. I have been to one in London and Paris, both with fellow Canadians. So if Canada is ever to far. Check to see if there is a Canadian pub, where they might over serve you with Canadian beer and an apology to go with it, and don’t forget the poutine.

In Canada we are known for many things. Being kind, saying sorry too much (guilty as charged), saying eh, and growing up in igloos (not seriously). We are all pretty patient, except when it comes to the weather we like to complain a lot. Which is understandable, I mean we have like two and a half feet of snow on the ground right now and the temperature is the coldest day of the year.

All in all Canada is a great place, and I’m proud to be Canadian. Even if I’m quite often traveling to faraway lands, Canada is still Home.

Remember your roots and be proud of your Canadian flag. If you are traveling wear it, and don’t be afraid to tell people where you are from.

Post by Janice Brown a writer, foodie and blogger. Welcome to my travel blog. There are so many places to learn about, enjoy and experience all over the world. Join us as we discover Canada especially my hometown and city Ottawa.

Travelling is one of the most exciting times of your life especially when you are travelling abroad. For international traveling, you are required to carry out proper planning in order to avoid any hassle during the journey.

Here are the top 5 things that are required to be checked before your trip:

A few years back, cash and traveler’s checks were considered to be the only source of funds for the international travelers. But the increasing number of Automated Teller Machines (ATMs) all around the world has made it possible for the people to carry their ATM cards while traveling.

However, it is very important for you to call your bank before leaving home in order to tell them about your travel plans because otherwise, the bank may block your account for preventing the fraudulent charges.

Scan Your Bank Cards and Passport

If you are travelling abroad then it is highly recommended to scan all your important documents like bank cards and passport etc. This idea will help you a lot in case you lose your documents as you just need to open your email account any get a printed copy of the lost documents. In this way, you will have all the important account numbers, phone numbers and other important data required to speed up the recovery process.

Even if you are not having any definite travel plans, it is always wise to book your hotel in advance. This is because it saves you from the hassle of looking for an appropriate place for your accommodation. Some hotels even provide the pick and drop facility right from airport to hotel for the customers who made advance booking. You can carry out a thorough research on the internet in order to look for the right hotel for your accommodation. 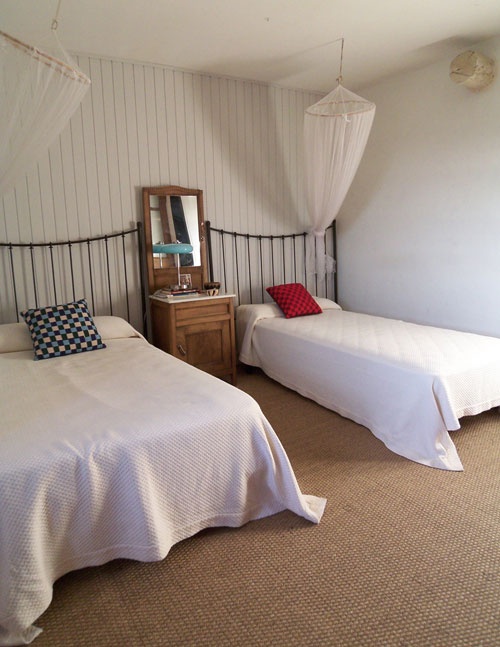 Check with Your Doctor

It is very important to see your doctor before you leave home for an international trip. This is because it allows you to find out if there is any need of vaccination or other medical treatment before you travel abroad. If you already have any medical condition, then make sure to have enough medical supplies for your visit.

Purchasing travel insurance is an integral part of planning process of your international trip. Even if you are heading towards a country where medical care is quite inexpensive, you should always consider the cases of medical emergencies that may cost thousands of dollars. Apart from medical coverage, travel insurance also provides cover in case of missed flight or lost luggage etc.

This checklist can help you avoid a number of issues during your travel and can also enhance your travelling experience to a great extent.

One more thing to consider while planning for your trip is ensuring the protection of your handheld devices like smart phones. There are many innovative Smartphone monitoring apps available in the markets that help you in securing your devices from various threats.

MSpy is one of the most reliable and widely known cell spy software program that can help you in case you lose your handheld device while travelling. This app has an inbuilt GPS capability that allows you to track the location of your lost or stolen device. With this app, you can remotely retrieve or wipe out your confidential data from the lost device.

So don’t forget to install this amazing app onto your Smartphone device before your next trip.

Post by Janice Brown a writer, foodie and blogger. Welcome to my travel blog. There are so many places to learn about, enjoy and experience all over the world. Join us as we discover Canada especially my hometown and city Ottawa.

You can also find us here